Headquartered in Michigan City, Indiana, USA, Sullair LLC has focused on the research and development and manufacturing of screw air compressors for more than 50 years, remarking one of the world's best known air compressor brands. In July 2017, Sullair became a member of the Hitachi Group. Sullair Asia has a main production center which is based in Suzhou, China, with sales and after-sales service networks throughout the country, Southeast Asia and other Asian regions. 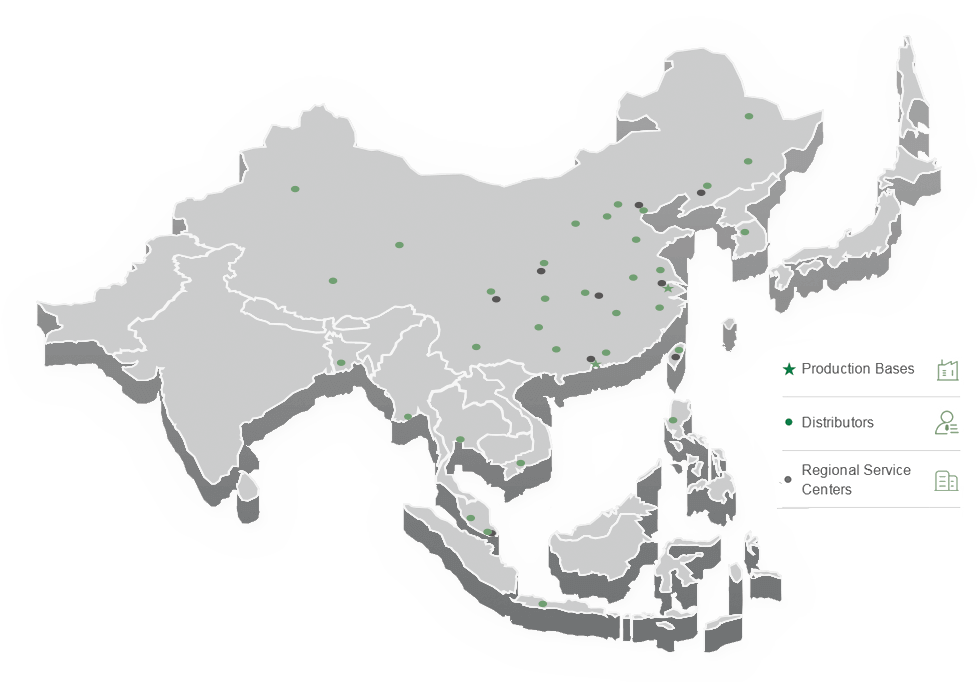 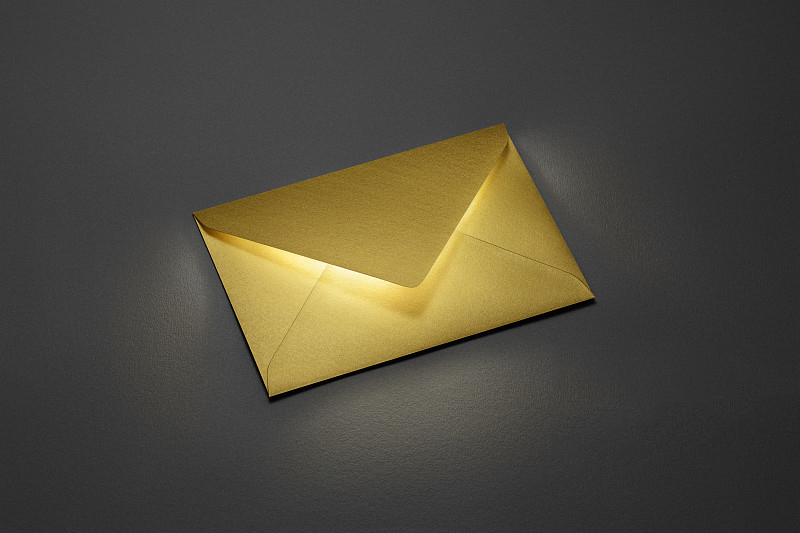 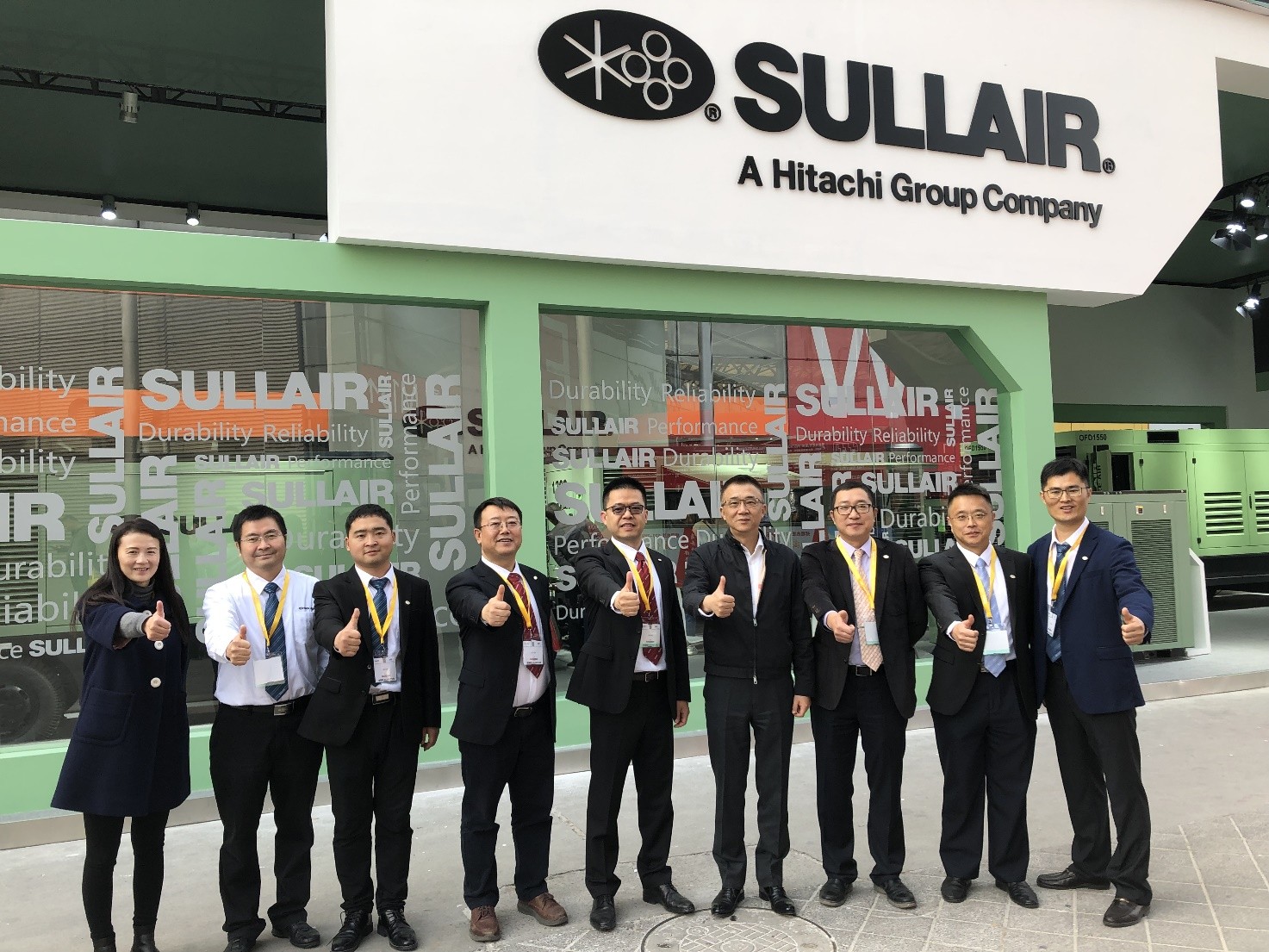 Construction machinery trade fairbauma China was held at the Shanghai New International Expo Center from 27 to30 November, 2018. The advanced technologies and innovative equipment displayedat the Sullair booth attracted a large number of visitors throughout thefour-day event.Sullair exhibited a number of newmachines during the expo, including a 700RH model and a 1300 model largeportable air compressor equipped with smart controls, the OFD1550 portable oilfree air compressor, and the PTO12XH unpowered accessory air compressor.The Sullair 700RH and 1300 portablediesel air compressors now come with smart controls in place of the traditionalmechanical controls, allowing for more precise control of the machine andfaster response times. This in turn helps improve efficiency and reducesoverall diesel consumption. In addition, thanks to the multiple controlprograms available for these products, a single air compressor can provide theright air volume and pressure for a variety of working scenarios.Such powerful functionality did not gounnoticed by the media at the event. Sullair Asia President Sean Xie providedmore information about Sullair's products and future developments in aninterview.He said, “The extreme functionality ofSullair’s air compressors means that air volume and pressure can be guaranteedeven at 5,000 meters above sea level. While maintaining the machines’traditional strengths, we’ve also introduced the smart control programs I'vepreviously mentioned, making the 700RH one of the top models industry wide interms of air volume. Meanwhile, the 1300 model covers several working featuresthat are included in the 1100XHH, 1200XXH and 1300XH models. Aside from this,the OFD1550 oil free portable air compressor is fitted with a Sullair dry screwtwo-stage air end to provide 100% class 0 oil free air at any time to meet theneeds of complex and sensitive working environments.”In line with China’s increasinglystringent emissions standards and environmental requirements, the Sullair 700RHand 1300 diesel portable air compressors are more efficient and consume lessdiesel, helping improve competitiveness in the construction and drillingaccessory fields, while also greatly reducing clients’ construction costs overthe long term. Sean Xie mentioned that the oil free portable machines are inhigh demand in Southeast Asia, which will further grow Sullair’s business inthe energy and chemicals sectors. The OFD1550 oil free portable air compressorexhibited at bauma China was flown in all the way from the Sullair headquartersin the US. The machine takes a further step forward by meeting T4 emissionsstandards and is one of the top machines on the global market.In July, 2017, Sullair formally joined the Hitachi Group,which launched a powerful new partnership. Hitachi Group has been focused onthe information technology sector for several years and is a world-leader indigital technologies and IoT. Sean Xie said, “We hope that with this advantage,Sullair can gradually improve its digitalization of client equipment files andclient data to lay the groundwork for the creation of a big data platform andpave the way for greater cost efficiencies for clients. Going forward,Sullair’s many machines will be connected so that air compressor performancecan be monitored and preventative maintenance carried out. Sullair keepsimproving the capabilities of its product development teams and working tocreate industry-specific solutions, while maintaining and improving theproducts’ existing strengths, including performance, convenience, and the levelof automation. In a discussion about the impact of the US-China trade waron Sullair, Sean Xie said that the company is facing the objective challengeswith confidence and determination, noting, “Sullair plans to broaden its incomesources and decrease expenditures through cost optimization and technicalinnovation, which will offset some of the impact of the trade war. At the sametime, comprehensive preparations have been made for any problems that mayarise.” In this regard, Sean Xie is optimistic about Sullair’s prospects forgrowth in 2019. “We are confident that by rolling out our new products,promoting our brand, and managing our operations efficiently, we can maintainour current trajectory of strong and sustainable growth. Bauma China is one of the most significant events in theindustry calendar and this year’s fair was very fruitful for Sullair. Thenumber of visitors to the Sullair booth reached a record high, with an averageof more than 300 people welcomed to the stand on both of the first two days.Sullair has attended the event for many years now and Sean Xie confirmed thatthe company will continue to attend in the future. 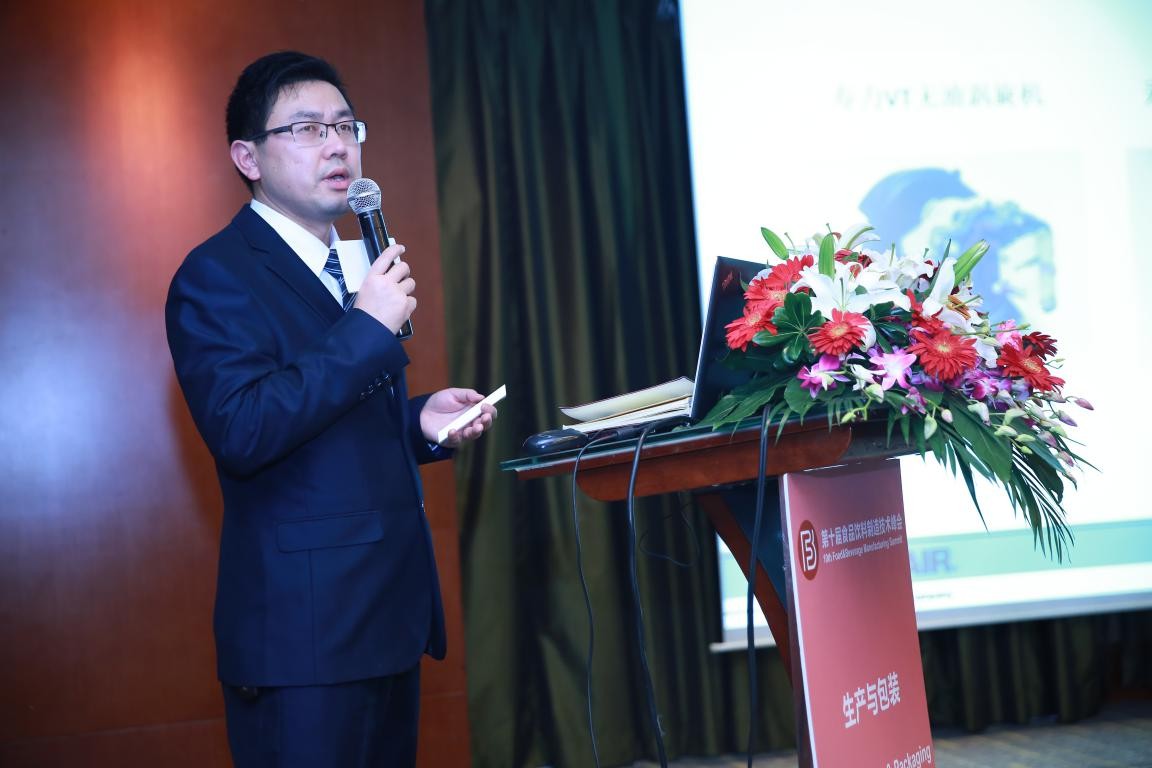 From 21-22 November2018, the tenth annual Food & Beverage Manufacturing Summit was held inShanghai as scheduled. This event gathered a large number of prominentindividuals from across the food industry to explore the latest trends in foodand beverage manufacturing and technologies, to tackle the dynamic challengesof pursuing “healthy development”, and to identify and experiment with variouspossibilities for collaborative technological innovation and cross-bordercooperation.As a leader in the air compressor industry,Sullair was also invited to this summit.Based on Sullair’s extensive experience with the applications of oil-free products in the industry,Sullair representatives gave a brilliant speech titled “An Introduction to Sullair's Oil-Free Air Compressor Technology.” From the DSP Oil-Free Air Compressor which received the 2018 Ringier Technology Innovation Award for the Food and Beverage Industry, to the VT series of oil-free air compressors used by the leading hotpot companies, Sullair’s innovative products have always delivered outstanding performance in the food industry.Sullair’s oil-free products include its oil-free dry screw compressors, the oil-free wet screw compressors and oil-free rotaryscrew compressors. These products boast an extremely wide field of applications. Based on their key fundamental “oil-free” technology, each of these products stands out with their own technical advantages.Regarding the DSP Oil-Free Dry Screw Compressor The DSP features a newly-developed high-performance machine head, which guarantees improved corrosion resistance by preventing and avoiding leaks.The DSP also uses Sullair’s independently developed V-shaped variable speed control system and load control technology, which maximize energy savings.Its operations are flexible for use with a wide range of devices, and the DSP can be customized with a variety of different operating systems to suit the needs of users.Powerful, energy-saving, and environmentally-friendly; safe and worry-free green production Regarding the GS Oil-Free Wet Screw Compressor VT emits extremely little vibration and noise during use, and can be employed without causing disturbance even in an office environment.VT uses the latest vortex screw compressor technology, and comes equipped with a spare engine, ensuring high levels of efficiency and a long service life.VT requires little installation space, and its back and right sides are both vertically flat surfaces. The dorsal exhaust structure also saves a great deal of space at the top.Clean, efficient, convenient, and low-noise; perfect for food manufacturing applications Regarding the GS Oil-Free Wet Screw Compressor GS uses a composite resin rotor, a corrosion-resistant stainless steel spindle, and a corrosion-resistant brass casing, all of which guarantee long-term corrosion aversion.It also features an advanced twin-screw structure and an optimized bearing configuration to ensure the long-term efficient operations of the compressor engine.GS combines a water-lubricated spindle seal with an enclosed bearing cavity with grease-lubricated bearings to ensure low-impurity, oil-free exhaust under any conditions.High-efficiency; corrosion-resistant; low exhaust; superior production and advanced user experience Sullair has been deeply investing in the air compressor market for more than 50 years, and the company has established a comprehensive sales and service system that covers numerous regions across the world. Thanks to innovative technologies and extensive experience, Sullair’s oil-free air compressors are providing comprehensive and advanced technical solutions for numerous internationally-renowned food and beverage companies. 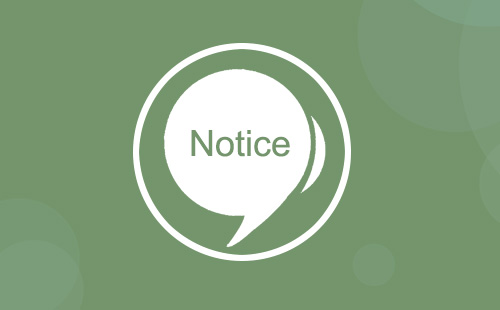 Sullair Distributors,寿力经销商伙伴们，As our world becomes smaller with each passing year, and as the Sullair brand expands its reach, it’s important to be mindful of the following obligations of all Sullair distributors: 近年来，随着寿力品牌在全球影响力的不断扩大，我们与世界的商业联系越发紧密。在此，我们特提醒各位，在处理国际性业务时请谨记经销商需履行的以下义务:- Distributors are responsible for understanding and abiding by: Sullair’s code of ethics, anti-bribery, anti-corruption, and business gift policies; any applicable country, federal and state laws, including the US Foreign Corrupt Practices Act, UK Bribery Act, or any other laws regarding anti-bribery, per the terms of the Sullair distribution agreement.- 经销商有责任理解并严格遵守: 寿力的道德准则，反贿赂、反腐败及商业礼品政策；寿力经销协议中包含的，符合国家或地方政府颁布的法律法规的条款，包括美国《反海外腐败法》、 英国《反贿赂法》或任何有关反贿赂的法律。- Distributors need to abide by the cross-territory & out-of-territory policy (pass-over fees), per the terms of the Sullair distribution agreement.- 经销商需要遵守寿力经销协议规定的关于跨国境和跨地区销售的相关政策(如：跨境费用)。- Distributors are responsible for knowing the end-destination of the product that they sell. If the product will land outside of your contracted selling territory, you are responsible for notifying the local distributor in advance of shipment, and properly compensating that distributor for startup and cross-territory pass-over fees – whether domestic or international. - 经销商有责任了解其销售的产品的最终目的地。无论是国内业务还是国际业务，如果产品将安装在您的合同销售区域以外，您有责任在发货前通知当地经销商，并适当补偿该经销商的开机费用和跨地区服务费。- When shipping internationally, distributors are solely responsible for complying with any applicable export license, and for ensuring that you are not selling to a country that is classified as an embargoed country, or to an entity that is classified as a ‘denied party.’ The following websites are useful resources for companies who export: http://www.bis.doc.gov/ https://www.bis.doc.gov/index.php/policy-guidance/lists-of-parties-of-concern- 在进行国际运输时，经销商完全有责任遵守任何适用的出口许可证，并确保您不会将产品卖给被列为禁运国的国家，或被列为“被拒绝方”的实体。以下网站中有对进行出口业务的公司可能有用的资源：http://www.bis.doc.gov/ https://www.bis.doc.gov/index.php/policy-guidance/lists-of-parties-of-concern- If your purchase order to Sullair does not disclose an international end-destination, and your order contains red flags that indicate that equipment may be intended to be exported outside of the United States, Sullair employees will require additional information from you before they are able to process your order or quote request. - 如果您与寿力签订的采购订单中没有披露将运往国际目的地,但系统识别表明您的订单设备很可能用于出口业务，寿力员工将需要您提供额外的信息来处理您的订单或报价请求。As business leaders, we all have an obligation to make sure that we are providing the highest level of service to our customers, while also protecting our businesses, employees and stakeholders from risk. Export compliance is a complex area, and if not well understood, can introduce unnecessary risk to any business. Thank you for your attention to these items.作为商业领袖，我们都有义务确保我们为客户提供高水平的服务，同时保护我们的企业、员工和利益相关者免受风险。出口合规是一个复杂的领域，如果没有很好的理解，将可能为企业招致不必要的风险。谢谢您的关注。Sullair, LLC.版权©2018寿力公司保留所有权利Copyright © 2018 Sullair, LLC, All rights reserved.